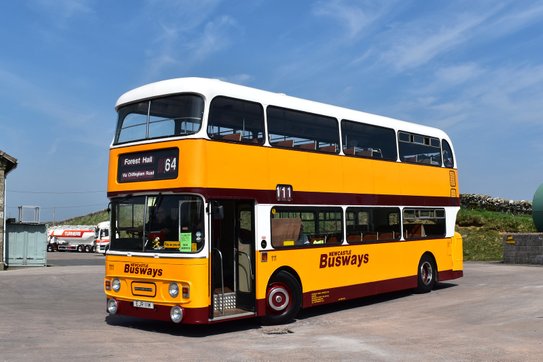 New to Tyne and Wear PTE in 1981; it passed to Busways in 1986. It worked first at City Busways from Byker then most of its time at Slatyford on Fastline services. It had brief spells on Magicbus and at Sunderland and ended up at Stagecoach Transit from where it was bought by the Treble-one Group in 2004. It is restored in Newcastle Busways livery, with ownership of it passing to Tyneside Heritage Vehicles in June 2021.