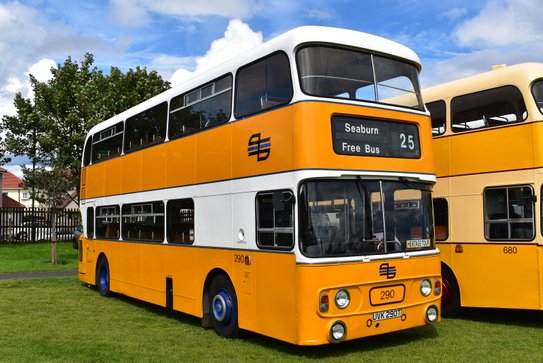 Leyland Atlantean 290 was new in 1978 to Tyne & Wear PTE and was delivered new for service at South Tyneside's South Shields depot.

After the process of deregulation and privatisation of the bus companies in 1986, 290's ownership passed to Busways Travel Services, where it remained at Shields and was painted into the South Shields' yellow and blue variation of the company livery. It later passed to Stagecoach in 1994 with the selling of Busways and was withdrawn from service in 1998.

It was acquired for preservation in 1998 and restored to its Tyne & Wear PTE colours which it wore when new under PTE ownership. 290 (UVK290T) has been in preservation since 1998 and is now part of the Tyneside Heritage Vehicles' group-owned fleet.