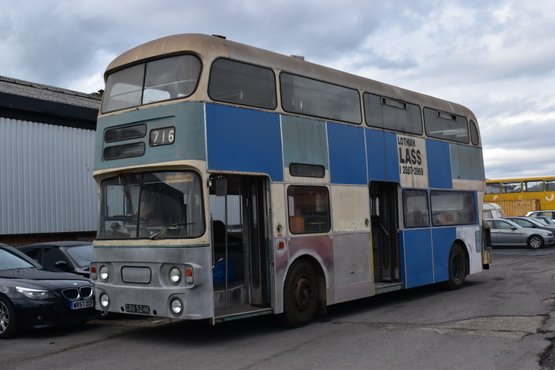 Unlike 680 which was sent to the Isle of Man, 688 went to Scotland and joined Ian Glass of Haddington in East Lothian. Sometime in the late 1980s the decker made its way to Berry Bus (Middlebank Farm) in Perth as a non-PCV vehicle. In 2000 it returned to the north east after standing vacant for many years.