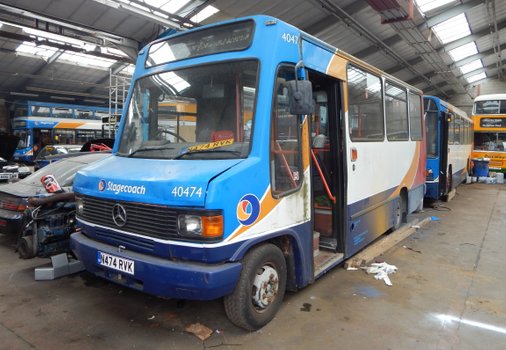 The allocation of these Mercedes buses remained constant for many years with only minor vehicle swaps occuring between North East depots.

In 2002, the new national fleet numbering system enabled 1474 to be renumbered to 40474. It soon recieved the revised Stagecoach livery, being painted into swoops in 2003. The bus operated out of Slatyford its entire life until April 2009 when it was withdrawn from service and bought for preservation. 1474 was the last 709D minibus in service with Stagecoach in Newcastle.