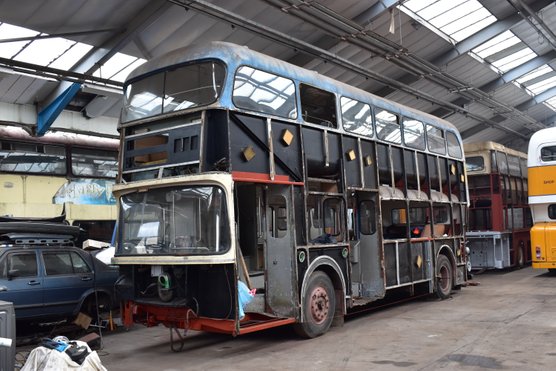 Although the oldest bus in the shed, PDR1 Leyland Atlantean 616 (SVK616G) only has a short timeline of events for its long career.

It was purchased new in 1968 before the days of the PTE by Newcastle Corporation Transport. Passing to PTE ownership, the decker seen a decade of service in Tyneside and it was withdrawn in the early 1980s. After withdrawal 616 was purchased by Sale Coach Services but then returned to the North East to become an advertisement fixture for local produce in a field near Corbridge, Northumberland.

616 then made its way into storage for a number of years and was eventually bought for preservation in 2009 and brought back to Tyneside.